Danish Minister of Defence Morten Bødskov visited DTU to see new quantum technology for navigation as an example of Denmark’s international position of strength in space technology and engineering.

Denmark is right at the forefront when it comes to development of technology with a wide range of applications for the Armed Forces. In a new research project—Adequade—which is supported by the European Defence Fund (EDF), DTU and 35 European partners will participate in the development of new technology utilizing quantum sensors to navigate maps of the Earth’s gravity field.

The Adequade project was one of several research projects presented at a meeting with Minister of Defence Morten Bødskov (Social Democratic Party) at DTU.

“There’s no doubt that we have world-class competences in Denmark when it comes to research and development of military technologies—the highly talented people behind this project are a shining example of this. This position of strength is absolutely crucial for us if we’re to be able to counter the threats to our security in the future,” said Minister of Defence Morten Bødskov.

The Minister was pleased that the Adequade project—together with Danish companies and research institutions—has received grants totalling around DKK 80 million from the European Defence Fund. Overall, there is Danish participation in a total of 13 projects with budgets totalling DKK 3.5 billion.

“A historically high number of Danish companies and institutions will receive funding from the EU Defence Fund, which shows that we’re really on the right track,” said Morten Bødskov.

During the visit, DTU Provost Rasmus Larsen emphasized that DTU’s space research as well as research areas in cybersecurity, quantum technology, artificial intelligence, and the maritime area are research areas in which Denmark has international positions of strength.

The Adequade project is headed by the French technology company Thales. In the project, researchers from DTU Space will participate in developing and testing quantum accelerometers that can measure changes in the gravity field with high precision. This ensures much more accurate navigation than today, because the technology makes use of gravity maps, and therefore does not depend on information from GPS systems—which can be jammed or spoofed—like the Russian military is currently doing in its war against Ukraine.

In the future, the quantum gravimeter can be used everywhere, including in buildings, underground, and in submarines. Quantum accelerometers also enable more accurate satellite measurements of climate change such as ice melting, global sea level rise, and floods.

Quantum technologies and space technology are areas in which Denmark has research positions of strength that open up for high-tech growth and jobs now and in the future.

Together with the French company ONERA, DTU Space is the first in the field to perform quantum accelerometer measurements from aircraft over Iceland and France. This experience will form part of the knowledge to be utilized in the development of new quantum sensors.

DTU Space also participates in a new parallel EU project—CARIOQA—which will prepare the development of corresponding quantum accelerometers for satellites, with an expected first launch in 2028-2029. This underlines the great interest that is also being shown in applications of quantum technology in space.

Morten Bødskov’s visit to DTU ended with a presentation on the security policy situation and with a clear invitation to the students to seek out projects in collaboration with the Armed Forces.

“The Danish Armed Forces must become more accessible, so that you can help develop it from within. You and your study programmes represent a competence that can compete with the best in the world,” said Morten Bødskov.

Defense and security technology
There is a lot of political attention to technology that can improve security in society. This applies to both advanced computer and space technologies for surveillance, and it applies to the development of encryption to protect communications, personal data and supply systems in society against hacker attacks.

Read DTU's topic on security technology (In danish only) 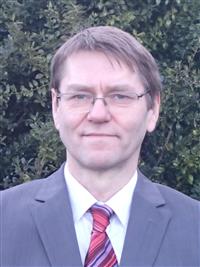